Getting the right treadmill for your body and budget!

10 Common Running Injuries and How to Avoid Them

Todd is an active and adventurous person who loves to spend time outdoors – he’s done too many half-marathons to count, he’s hiked Mount Shasta, and he’s backpacked almost every single trail in Yosemite National Park (that’s over 750 miles of trails!). So, when his friends got the news that Todd was suddenly in the hospital for back surgery – they were shocked.

He told his friends that he was out running one morning – just like any normal morning – when all of a sudden, he started to feel some pain in his back. He finished his run and went back home, but the pain wouldn’t go away. Even though he tried to tough it out and go about his normal activities, the pain in his lower back got so bad that he couldn’t even use the bathroom.

His wife finally convinced him to go to the hospital to see what was wrong. After a few different exams and an MRI, they discovered that Todd had 6 discs in his lower back that were all smashed – and one was pinching a nerve, causing extreme pain. The only solution was surgery.

Todd was devastated. Although the surgery went well, considering how bad his back was, the doctors still told him that it would be a very long recovery. Would he ever be able to run again? Would he someday be able to backpack – would his dream of backpacking every trail in Yosemite come true? Or was it all impossible now? END_OF_DOCUMENT_TOKEN_TO_BE_REPLACED

10 Common Running Injuries and How to Avoid Them was last modified: November 23rd, 2021 by Site Admin

Are Massage Guns Worth the Hype?

The Most Effective Way for Runners to Use Massage Guns

By now you’ve probably seen plenty of massage gun commercials on TV. Tons of professional athletes and sports teams, including professional soccer player Cristiano Ronaldo, swear by them. But are massage guns really worth the hype?

Massage guns are designed to give you an intense, deep tissue massage, with the goal of improving recovery. And although many athletes sing praises to Theragun and other brands of massage guns, it’s important to remember that nothing can replace the basics of recovery. Sleep, rest, hydration, and stretching are always important to do after a hard workout.

But if you are looking to take your recovery to the next level, massage guns could be just the thing you’re looking for. END_OF_DOCUMENT_TOKEN_TO_BE_REPLACED

Are Massage Guns Worth the Hype? was last modified: October 25th, 2021 by Site Admin

Why You Should Add Cross-Training to Your Marathon Training Plan 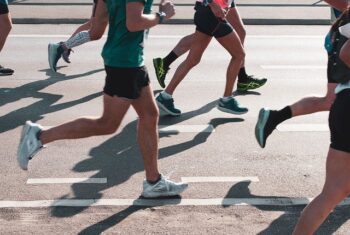 The idea of running your first marathon can be nerve-wracking. The timing, the training, the shoes and gear, the nutrition plan – it can all be very overwhelming. Typically, training for a marathon takes anywhere between 12 and 20 weeks. During those intense months of training, you’ll probably be running 4-5 days a week, with a couple rest days in between.

There’s a ton of different marathon training plans out there. With the overload of options and different varieties of plans, even just choosing one can be stressful. And while you might think that sticking to an intense training plan and running more and more each week is the best way to prepare for your first marathon – there might be a better way.

Whether you’re training for your first marathon, looking to beat your PR, or just training to stay in marathon shape, you should consider adding cross-training to your exercise plan. Cross-training is super beneficial for runners, especially if you are training for a big race. Not only will it help you build strength and stamina, it can also be a fun and enjoyable break from running. END_OF_DOCUMENT_TOKEN_TO_BE_REPLACED

Why You Should Add Cross-Training to Your Marathon Training Plan was last modified: October 19th, 2021 by Site Admin

Training Tips from US Olympic Gold-Medalists

The long-awaited 2020 Summer Olympics are scheduled to finally start on Friday, July 23, 2021 in Tokyo, Japan. When the Olympics were postponed last year due to the pandemic, athletes across the world who were training to compete were devastated. Now, after a long wait and another year of grueling training, the competition will be better than ever. 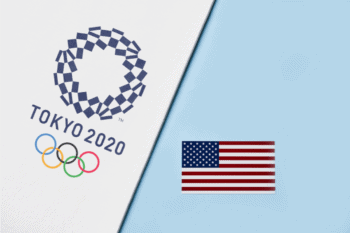 It’s no wonder we, as spectators, wait anxiously for the Olympics games every four years – watching the world’s best athletes compete is exciting, memorable, and inspiring. And behind every flawless gymnastic performance, game-winning goal, and lightning quick 200m freestyle are years and years and hours and hours of practice.

Olympic athletes have some of the most intense and demanding training schedules of any type of sports competitor. And while most of us probably couldn’t even survive one of their typical days, looking at their health and fitness routines is always awe-inspiring. And, it can motivate us to step it up a little bit in our own training programs as well. END_OF_DOCUMENT_TOKEN_TO_BE_REPLACED

Is Running Barefoot A Good Idea?

The Pros and Cons of Shoeless Running

A few weeks ago, my sister and I took a trip to the coast for a few days. We woke up the first morning and my sister asked if I wanted to go for a run. Running in new places is always an extra motivator for me, so I quickly said yes – I imagined running alongside the ocean and listening to the waves at sunrise…but as I went through my suitcase looking for my running shoes – I realized that I had forgotten to pack them.

But, determined to make that idealistic beach run come true, I decided that I would just run without shoes – after all, we were going to run on the beach, not through the mountains – how hard could it be?

So, we walked down to the beach – me in my sandals, and my sister in her $120 Asics running shoes. I kicked off my sandals and we started running. Besides running around in the grass at the park or playing soccer on the beach, I had never actually gone on a run barefoot. And there I was, running barefoot on the beach, listening to the sound of the waves, and feeling the cold sand under my toes. It felt great!

Until the day after, when I was so sore, I could barely walk. I think it was the combination of running barefoot for the first time, running with my sister (who’s a Speedy McGee), and running on the sand. That being said, I did enjoy running barefoot on the beach, and did it a couple more times on that trip.

You’ve probably heard about barefoot running before – maybe you’ve even tried it yourself. Barefoot running has been around for millions of years, actually. The concept became more well-known in 2009, when Christopher McDougall’s best-selling book, Born to Run became popular. The book argued that running shoes actually caused injury, and that, as humans, we are genetically engineered to run long distances. (1)  END_OF_DOCUMENT_TOKEN_TO_BE_REPLACED

5 Tips for Running During the Polar Vortex

How to Run in the Winter Without Freezing to Death

You might have thought that the apocalyptic year 2020 was over, but January 2021 welcomed us with a polar vortex. Spring is coming, but it’s not quite here yet.  Parts of the country are still seeing frigid temperatures.

Running During the Polar Vortex 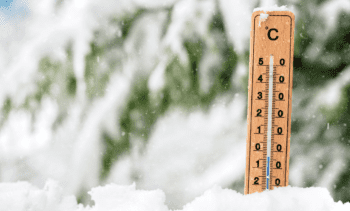 But, it’s 2021, and you’re determined to accomplish your New Year’s Resolutions this year. And nothing is going to stop you, not even a polar vortex. Obviously, the cold winter months aren’t a problem if you run inside on your treadmill. But, if you like to run outside and get some fresh air, it’s best to be prepared.

And running in low temperatures calls for extra prep time. Anthony J. Yeung from Esquire says “temperatures in the 30s and below tend to lock up your body and turn your extremities into icicles, causing stiff joints and tightened muscles, so cold weather running requires special preparation.” (3)

So, if you do decide to brave the cold and run outside during these cold winter months, here’s five helpful tips to help you prepare for running in the cold. END_OF_DOCUMENT_TOKEN_TO_BE_REPLACED

5 Tips for Running During the Polar Vortex was last modified: March 9th, 2021 by Site Admin

How to Stay Motivated and Moving While Staying At-Home 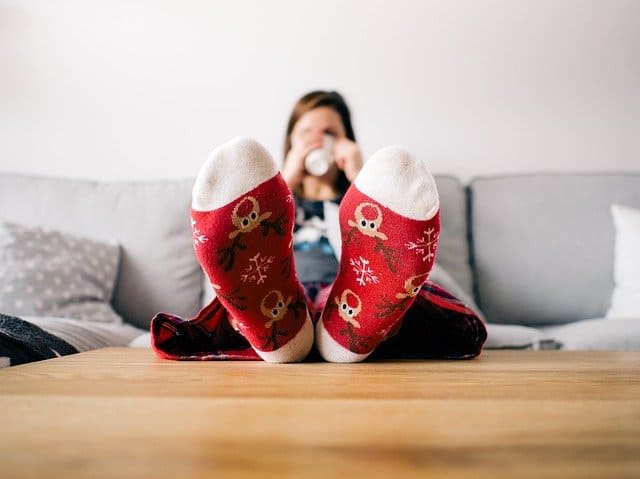 Sticking with a workout routine can be tough, especially when you have to do it from home…

The lure of the couch, the fridge and Netflix can be distracting and oh-so tempting. How is one supposed to resist the temptation to just chill out?

Switching up your at-home workouts is a great way to keep yourself engaged and motivated. There’s a lot more you can do on a treadmill than simply run a certain distance or for a certain amount of time.

To save you from having to put together a fun and diverse workout schedule, we’ve done it for you.

Keep reading for a variety of workouts that includes twisting, climbing and facing the gauntlet!

END_OF_DOCUMENT_TOKEN_TO_BE_REPLACED

How to KEEP Your New Year’s Resolution

Smart Tips to Keep Your Goals on Track 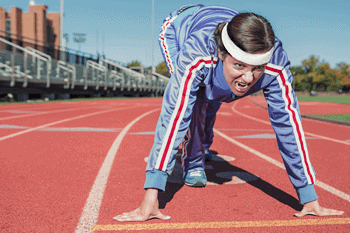 Did you start January filled with shiny new resolutions to finally achieve your dream body?

But then, as the weeks slugged by you started to find excuses to cheat.  Your diet went off track.  That daily run on your treadmill suddenly took up too much time.  Your routine started to slacken, and one day, you realized it was the end of the first month and you’d already failed.

We start out each New Year with optimistic health goals, but within weeks we’re back to our same old lazy ways.  Well, it doesn’t have to be like this anymore!

We’ve put together a list of tips and tricks to help you stick with your New Year’s resolutions once and for all! END_OF_DOCUMENT_TOKEN_TO_BE_REPLACED

How to KEEP Your New Year’s Resolution was last modified: November 10th, 2020 by Rachael Kraft

Why You Should Be Working Out At Lunch 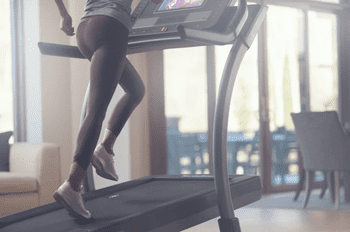 Let’s face it. Working out in the morning can just be hard.

It’s dark… your bed is comfy… and it’s just so easy to hit the snooze button.

We’ve all been there.

Maybe you tell yourself you’ll work out after work instead…

But then life happens and you have errands to run and dinner plans get made.

So you tell yourself you’ll work out the next morning…

Lucky for you, there’s a perfect little pocket of time right in the middle of your day that may just be the solution to your problem.

Maybe your lunch break is the time you should use for your workout.

END_OF_DOCUMENT_TOKEN_TO_BE_REPLACED

Why You Should Be Working Out At Lunch was last modified: November 10th, 2020 by Rachael Kraft

How to Know When Your Running Shoes are Worn Out

Plus Tips to Pick the Right Type of Shoe 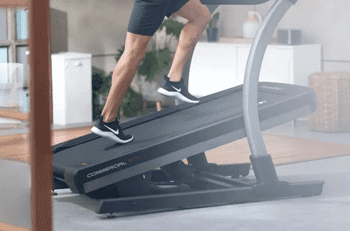 Running for exercise requires very little equipment.  A reliable treadmill, a pair of good running shoes, and a healthy dose of motivation will keep you going mile after mile!

Shoes may seem like a simple thing, but they are still very important.  The wrong pair of running sneakers – or ones that are worn out – can cause a wide range of problems and injuries.

Your running shoes do a lot more than cushion your feet from a rough trail or your treadmill’s surface.  They provide the entire foundation and support system to keep your body moving in perfect rhythm.

END_OF_DOCUMENT_TOKEN_TO_BE_REPLACED

How to Know When Your Running Shoes are Worn Out was last modified: November 10th, 2020 by Rachael Kraft
Treadmill-Ratings-Reviews.com
Kinston, NC, USA