2021 Is Your Year to Achieve Your Fitness Goals

A few years ago, in 2016, I set the goal to do push-ups, sit-ups and pull-ups every day, for a whole year. I started doing just 5 push-ups and sit-ups, and just 2 or 3 pull-ups every day for the first couple weeks. Then, slowly, I started adding more and more – every week I increased the amount by just a little bit. 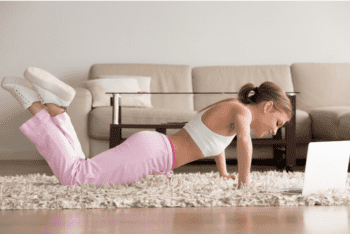 By summer, I was up to about 15-25 reps every day, so I decided to change it up a little bit and add more sets. I worked up to doing 3 sets every night, and kept increasing the amount just a little bit.

Of course, there were lots of days when I wasn’t super motivated and didn’t want to do any. But I told myself that I would just do a couple, even if I didn’t do all of the sets. At first, there were days that I missed, because I forgot or because I was too tired, but after a few months, I got into the habit of doing my push-up, sit-up, and pull-up routine every night before going to bed.

By the end of the year, I achieved my goal and was able to do almost 50 push-ups and sit-ups and around 25 pull-ups.

Last year, however, was a different story. To be honest, I can’t even remember what my goals were, if I set any at all. I’m sure it was something vague and unspecific like “workout more” or “run more.”

I did workout and run occasionally last year, but nothing in comparison to a few years before when I really set specific goals and worked on those goals every day of the year.

As I’m sure you know, I’m not the only one. At the beginning of every year, thousands and even millions of Americans set New Years resolutions. According to one recent article, “research shows that as many as 50 percent of adults in the United States make New Year’s resolutions, but fewer than 10 percent keep them for more than a few months.” (1)

We’re all excited to get started on our new goals at the beginning of the year. But, unfortunately, many times before spring rolls around, we’ve already forgotten about or broken our New Year’s Resolutions.

What Made the Difference?

So, what was the difference then? Why was I able to achieve my goals one year, but not the other year? Looking back, I realized that there were 3 big differences between my goal-setting process.

In 2016, I set an overarching goal – do push-ups, sit-ups, and pull-ups every day – then I made a plan – to slowly increase the number of reps every day. Psychologist Dr. Charles Herrick says “part of goal setting should also include making a plan to achieve your goals.” (1) Without a plan, your goals will be stuck in phase one, and you’ll probably forget about them. 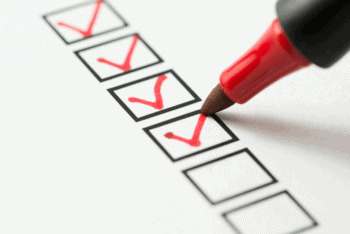 I also kept track of my progress. Every month, I made a chart with the number of push-ups, pull-ups, and sit-ups I was going to do and put it on my desk, where I could see it every day. That way, I was able to remember how many I had to do, and also check it off as “done” when I finished (which always made me feel good).

Writing down your goals plays a huge role in whether you will actually achieve them or not. In one Forbes article about goal-setting, Mark Murphy says, “Vividly describing your goals in written form is strongly associated with goal success, and people who very vividly describe or picture their goals are anywhere from 1.2 to 1.4 times more likely to successfully accomplish their goals than people who don’t.” (2)

Another factor that contributed to my success in achieving this goal was turning it into a habit. After a few weeks of doing push-ups, sit-ups, and pull-ups at the same time every day, I didn’t even have to remind myself to do it anymore – it became a habit.

How Can I Keep My New Year’s Resolutions?

If you want to actually keep your new year’s resolutions, it’s important to set SMART goals. When you have your goals ready, make a plan, and stick to it. Visualize yourself achieving your goals, and always think positively. If you miss a few days, or a few weeks, don’t get down on yourself, just get back on track.

If you can, try to turn your goal into a habit. For example, if you set a goal to run a couple times every week, try to do it at the same time every week – Tuesdays and Thursdays at 7am, for example. Then, stick to it for a couple months. According to studies, “on average, it takes more than 2 months before a new behavior becomes automatic — 66 days to be exact.” (3)

You might have heard that it takes just 21 days for something to become a habit, but, according to research, that’s not exactly true. It depends on the habit, the person, and the context as well, but on average, forming a new habit takes around two months. 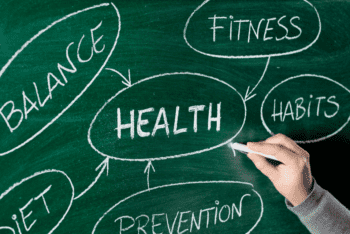 Last year taught us all that our health and the health of our family and loved ones is what’s really most important. This year is your year to take care of yourself – and to improve both your physical and mental health.

If you’ve already given up on your new year’s resolutions, don’t get down on yourself. Instead, take a few minutes and look at your health and lifestyle and find one or two things that you want to change. Set some realistic and achievable goals, make a plan, and get started today.

Your health is in your hands, and this year is your year to make your goals happen. So, no matter what happens this year, decide today to stay motivated and achieve your goals. Don’t give up, and remember that if you put in the effort, you’ll be able to achieve your goals – whatever they may be.

1 Why We Make (and Break) New Years Resolutions